skip to main | skip to sidebar

People waiting for a bus anxiously try to know when the next bus is arriving. They look up repeatedly at the lighted marker or google the bus checker on their iPhone.  Some step out on the road to look for a distant sight of an oncoming bus.  If the notice reports that the next bus arrives in seven minutes and it does not, they get irritated. The fact is that one comes when it comes.   If the wait is seven minutes, one only comes in seven minutes, supposedly, no sooner, no later.  This is the essential nature of anxiety.  All anxieties are superfluous.  A watched kettle never boils, we say; but it always does eventually.  It boils over dry, if we don't watch it; the bus we were waiting for came and and it went without me.

Brrr. It's so cold.  But one good thing about winter is that spring is around the corner, to think optimistically.

Secure means stable as well as safe.  Approaching 87, I am finding my balance weakening.  I am getting unstable and prone to fall, a bit unsafe, ot secure as I used to be.

We can learn from others by imitating admirable behavior and avoiding despicable actions.  A Japanese saying puts it concisely: Correct your manners by watching those of others.

There is a similar saying of Biblical and Mosaic origin, known as the Golden Rule: Do unto others as you would have them do unto you (Matthew 7:12, Luke 6:31).  I find this saying puzzling; what I like being done to me may be displeasing or even repulsive to someone else.  This saying, in short, is decisively prescriptive.

The Golden Rule, also so known, in Confucius’s Analects, while similar, is passive; it states prohibitively: What you do not wish for yourself, do not do to others.  Do and Don’t mark the distinction.  Interestingly, Rabbinic Judaism in the words of Rabbi Hillel, matches Confucius: Do not do to others what you would not have done to you (Tobit 4:16).

All this had been debated at length through the centuries from Kant to George Bernard Shaw and beyond.  The Japanese saying, significantly, is peculiarly Japanese; it is directive but passively and reflectively.

All this reflection came about as I remembered how Mother habitually said these words: Correct your manners by watching those of others.  In my rebellious youth, I may have ignored them, but so long as I remember I had them deeply incised in my heart and as I matured I accepted them seriously. Reflecting in old age, I could say proudly that through my life I followed them as best as I could, except, being a contrarian by nature, I often rejected what was considered proper among those I observed and chose my way away from it or against it.

Listening with the Body

When I watch a dance performance, I follow the dancer’s movement by twitching my muscles to mimick the dancer but without moving my limbs so as not to  disturb my fellow viewers.  In other words, I watch not just with my eyes but with my whole body.

Similarly, when I attend a live music performance, I also work my muscles and thus listen to the music with my whole body, not just with my ears, as the performing musicians obviously do, too; I follow them in their bodily movements as I do when I watch dancers.

It is not uncommon today among those who claim to love music to listen to the recorded or broadcast music while being engaged in a task of one sort of another — writing, reading, painting, cooking, doing whatever chores being done.  I do, too, sometimes when I have the radio on and music happens to be playing.  But when I put on a CD, I have to sit and follow the music with full attention, for only then I can say that the music was listened to, not just heard.  It should not be surprisingly, then, that I consider attending a live performance with its visual componens the only valid way of listening to music; recorded music is a partial realization, as a photographic reproduction of a painting is to the painting itself.  Once we learn to listen to music fully with our whole body, it becomes hard to just let it be heard aurally.  It always amazes me at concerts that the audience almost invariably sit tight with their head fixed straight as though in a church. I cannot help moving my head slightly to focus on the changing sources of the sound, strings here, winds here, and percussion over there, and discreetly move my right hand with the bowing hand of string players as I once played violin as a child and cello later.   As I listen, I become partially a participant in the performance.  Participatory listening is more natural to jazz than to classic music; and yet, even at jazz clubs, I notice in amazement that the audience for the most part sit perfectly still.  Yes, there are some who get up and dance in total participation.

It is well to remember that until the rise of radio broadcasting at the end of the 19th century, music was exclusively live.  It could be heard in a concert hall or in private homes, customarily chamber music literally.  Live broadcast, incidentally, a curious contradiction in terms; isn’t it more accurate to say simultaneous broadcast?

I think we can say the same thing to some extent with talks, lectures, and discussions; when we listen, totally absorbed in what is being said, as we watch the speaker and her/his gesticulations, we also respond with our whole body and the substance of the talk registers more firmly in our mind.  This argues strongly for the value of live classroom learning.

This argues strongly for the value of live classroom learning.  From the teaching side of the fence, I argue that professors who read from their notes fail to understand the significance of the bodily communication with the students by which the importance of bodily listening can only be taught and understood.

Time spent with a friend is always a bliss, and one could perhaps say, conversely, that when time spent with someone was onerous, that person was not a friend, but only an acquaintance.  This is certainly a trite statement, a truism insofar as the definition of the word friendship is affection, implying mutual trust and support.  Still, in old age, when loneliness tends to prevail, friendship assuredly delivers a sense of fulfillment — happiness.

In the arms, on the back だっこ、おんぶ

When I see a little girl with her hand in her mother’s hand go skipping along joyfully, my heart warms up watching her as I remember my own childhood. I believed that holding Mother’s hand meant clasping the palms together; so, I disliked having my wrist grasped and would shake my hand off.  When I got tired of walking and skipping, I would be carried in Mother’s arms (dakko in Japanese) or on her back (onbu) comfortably, and that warm sense of security is unforgettable.  Riding on the shoulders of my uncle was a bit scary but the view from the high point was wonderful, and I recalled the sensation when I got on horseback for the first time. 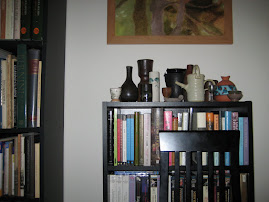